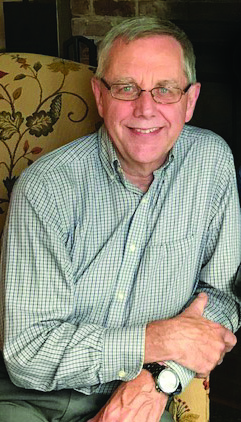 Stan Key speaks frequently in churches, conferences, retreats, and camps both here in the U.S. and abroad.

After serving churches in Virginia, Kentucky, and Illinois, Stan and his family served for ten years as church-planting missionaries in the suburbs of Paris, France with One Mission Society. From 1994–2012, Stan was the senior pastor of Loudonville Community Church in Albany, NY. Stan joined the staff of the Francis Asbury Society in 2013 and was named president a year later. He serves as editor of The High Calling newsletter and authored The Last Word (Warner Press, 2015), a study on the book of Revelation, Marriage Matters (Francis Asbury Press, 2017), Jeremiah: Fire in His Bones (Warner Press, 2017), and Journey to Spiritual Wholeness (Francis Asbury Press, 2019). Stan is a member of the boards of One Mission Society and Sammy Tippit Ministries and has also served as the spiritual dean for the Pan-African Academy of Christian Surgeons (PAACS).

Raised in Georgia, the son of a Methodist preacher, Stan came into a personal relationship with Jesus Christ while he was a student at Asbury College. It was there he met Katy, to whom he has been married since 1977. They have three children and seven grandchildren.